Shutter Speed For Video – The Best Settings For Video 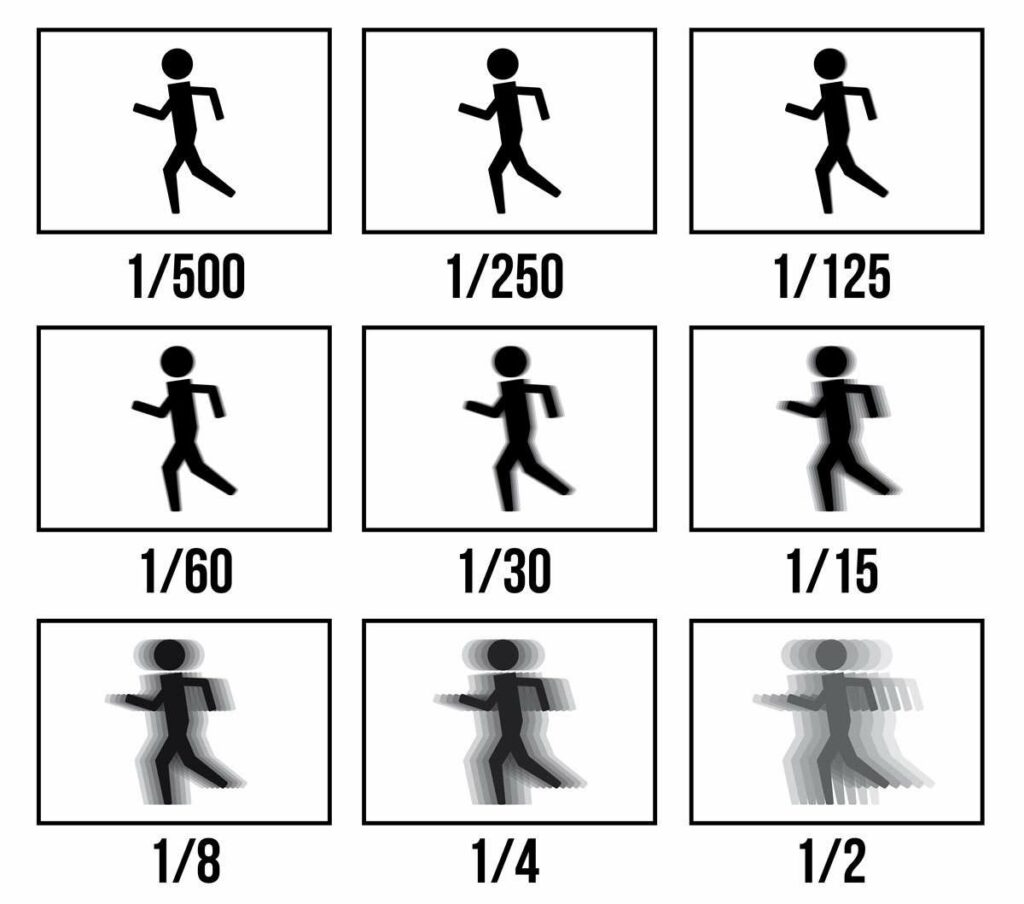 Items purchased through links help us. By doing so, we make a small commission at no extra cost to you. Learn More.
Most people don't know shutter speed, let alone how to use it correctly for video.

The truth is that getting smooth cinematic-looking videos isn't as easy as you'd think. You can have the best camera on the market, but if your settings are off - then you're going to be disappointed with your footage.

One of the biggest problems I've found when talking about this topic online or with friends is that there's so much conflicting information out there! Some say 1/50th should be used for all situations while others will tell you 1/125th is better... then, some say it doesn't matter!

Well - none of that is really true. So we're going to put the debate to rest today. By the end of those article - you'll know the best shutter speed for video. You'll then be able to get up and take that super buttery slow motion and/or cinematic shot you desire.

Best part? From here on out, you won't have to worry whether your settings are correct. Trust me; they will be.

So, what makes shutter speed so important when shooting video?

I'm sure you have watched a video (or made one yourself) where, when played back, it just didn't seem right. Something was off, but you couldn't put your finger on it.

9 times out of 10, it looked so weird because the shutter speed was set too high when the video was shot.

So, What Should I Be Looking For With Too Fast Of Shutter Speed? 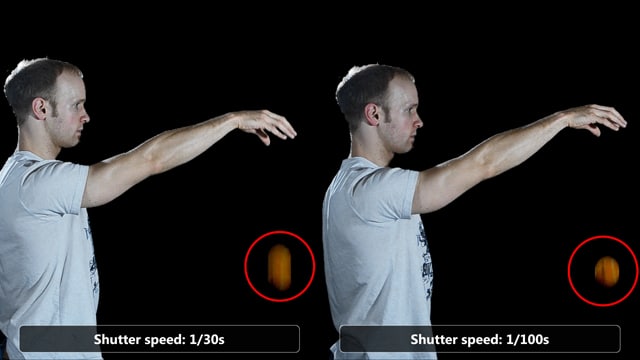 You'll know from the jump when the shutter speed is set incorrectly (especially after reading this post).

There won't be much motion blur (or any at all).

Motion blur is something we see every day - but we hardly pay attention to it. So much so that most of us are so used to it - and when we don't see it, something looks off.

An example of 'everyday motion blur is... 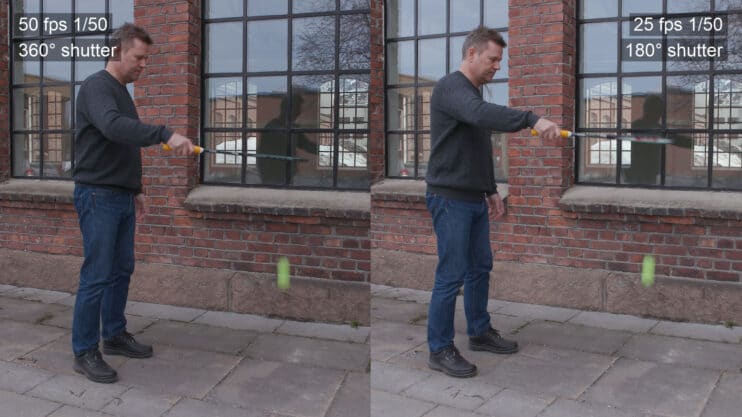 I know, I know, if you come to this article, you know the importance of shutter speed and are probably already shooting in manual mode.

But, for those who aren't... you need to start now.

What manual mode allows you to take full control over your camera - while maintaining those settings throughout your shoot (or until you change them).

If set to auto or a priority mode - your camera would constantly change these aspects on its own.  You don't want this.  You want full control.

Where Is Shutter Speed Located On My Camera?​ 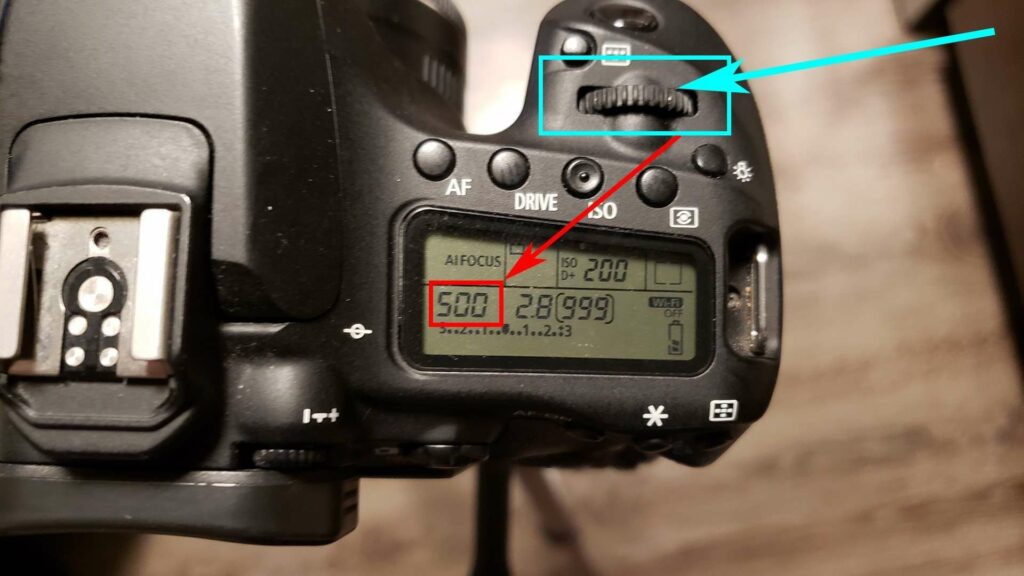 This is quite simple, actually.

You can either go into your camera's menu system and find shutter speed (it's different for every camera company) and change it there.

An easier (and faster) way is to use the wheel/knob on your camera. But, again, it differs depending on the manufacturer.

I have included an image below of a Canon. Roll it to the left to decrease, roll to the right to increase. Too easy, right? 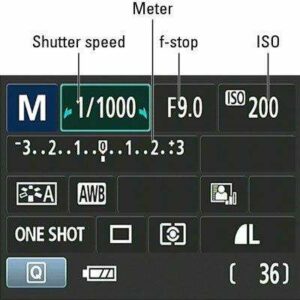 What Do The Shutter Speed Numbers Mean?​

If you have read this far in the article, you are doing great. Do not get discouraged or overwhelmed. You are learning the fundamentals of DSLR videography/photography - these are the things you need to learn to get everything out of the camera you paid good money for. Just keep going!

Getting back to the numbers - the numbers that are associated with shutter speed represent the amount of time your shutter is open.

Your shutter opens to allow light to hit the sensor - the light itself is your picture/video.

Let's talk about how shutter speed affects your image. 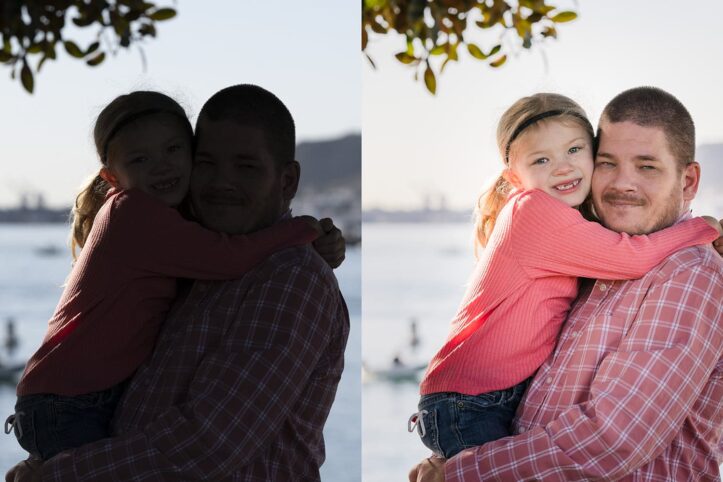 Ok, remember when I stated that shutter speed is essentially how long your shutter is open to take an image? Well, knowing that will better support my next statement.

An example would be - if you start a shot at 1/500 shutter speed - and increase the shutter speed to 1/1000 - the shutter is now faster (double the speed actually) - which means only half of the amount of light is getting to the sensor. This equates to lower light and a darker image. This will directly affect your exposure. Keep this in mind.

Everything is done digitally now - but in the early days of film and photography, this is how it actually worked. The standards have stayed the same ever since - but everything now is somewhat “simulated.”

You may have heard people talk about the 180-degree rule - and honestly, it’s something people shouldn’t even be “teaching” in today’s day and age - because it’s something that was used decades ago with actual film.

In a nutshell - it’s the amount of time the film was exposed to light when it was revolving through the reel and lens. I will leave the photo above that explains it in a nutshell as well.

We are now going to move into what shutter speed you should be shooting at.

Forget the 180-degree rule - to make it simple for you, set your shutter speed to double your frame rate. 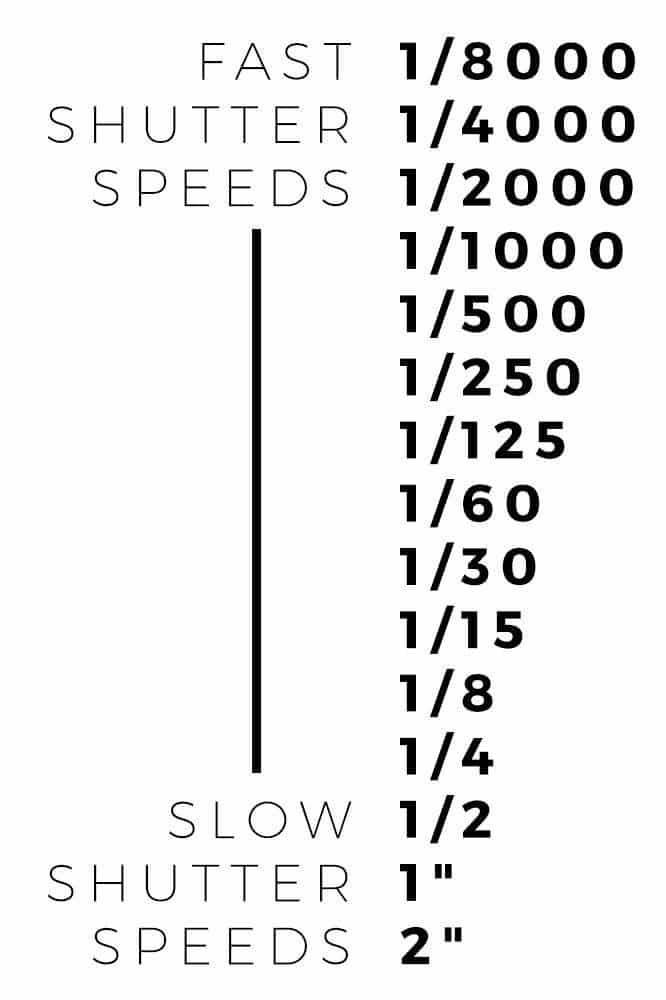 Now, before you freak out and are looking at your camera and notice that you do not have small intervals of shutter speed adjustment (such as 48 or 120) - rest assured, you’re good with using the shutter speed above the number you actually need (50 for 48 or 125 for 120).

Just keep that in mind - if you want your video to look natural - that shutter speed needs to be set double your frame rate.

Next up, I will show you how to determine if your shutter speed was too slow or too fast - all by looking at the video you have shot (or will shoot in the future). 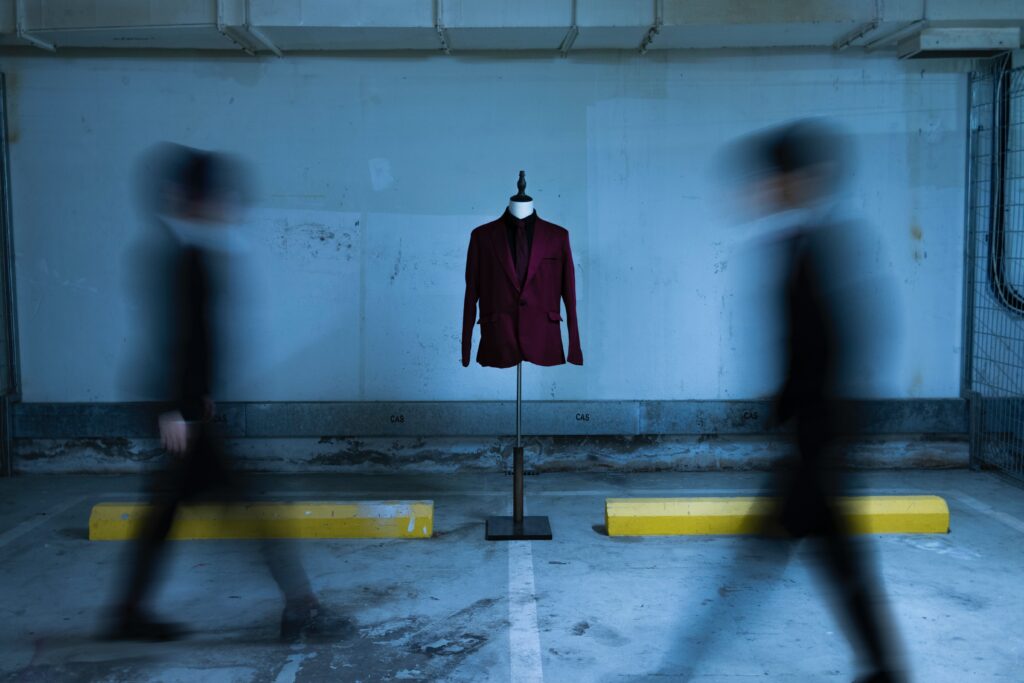 I will be honest - I have never run into this issue myself. But I have had friends who set their shutter speed too low on accident by rolling the adjustment wheel on their camera by accident while holding it.

Needless to say, it is very noticeable. The first thing you will notice (depending on the severity of the shutter speed difference) is the movement in the video is way too blurry. This in itself can look unnatural.

This is caused by the sensor capturing more of every image than it needed to. As a result, the sensor was essentially open for too long.

You can use this to your advantage at times. For example, the infamous "drunk" look in most movies is created using this technique.

Shutter Speed In Video Is Too Fast​

This is something I have done quite a few times - either by accident or on purpose (we will touch on the benefits here soon).

You will notice first off that everything is jittery. There really isn’t any other way to describe it. Something about it looks unnatural and not smooth. If you had seen it before and didn’t know what the jitter was caused by, that’s it. The first time you see it and know what you did, you’ll know exactly what it is from that point forward. It’s unmistakable.

This should be avoided at all costs - if this is what you want to avoid. However, certain movies in the past have not stuck with the double your frame rate rule. The most noteworthy movie, Saving Private Ryan (and a couple of other war movies), - gave you a much more unsettling feeling by allowing you to see every frame of the action by freezing each of those frames instead of allowing them to get blurry.

How Shutter Speeds Affect Your Image​ 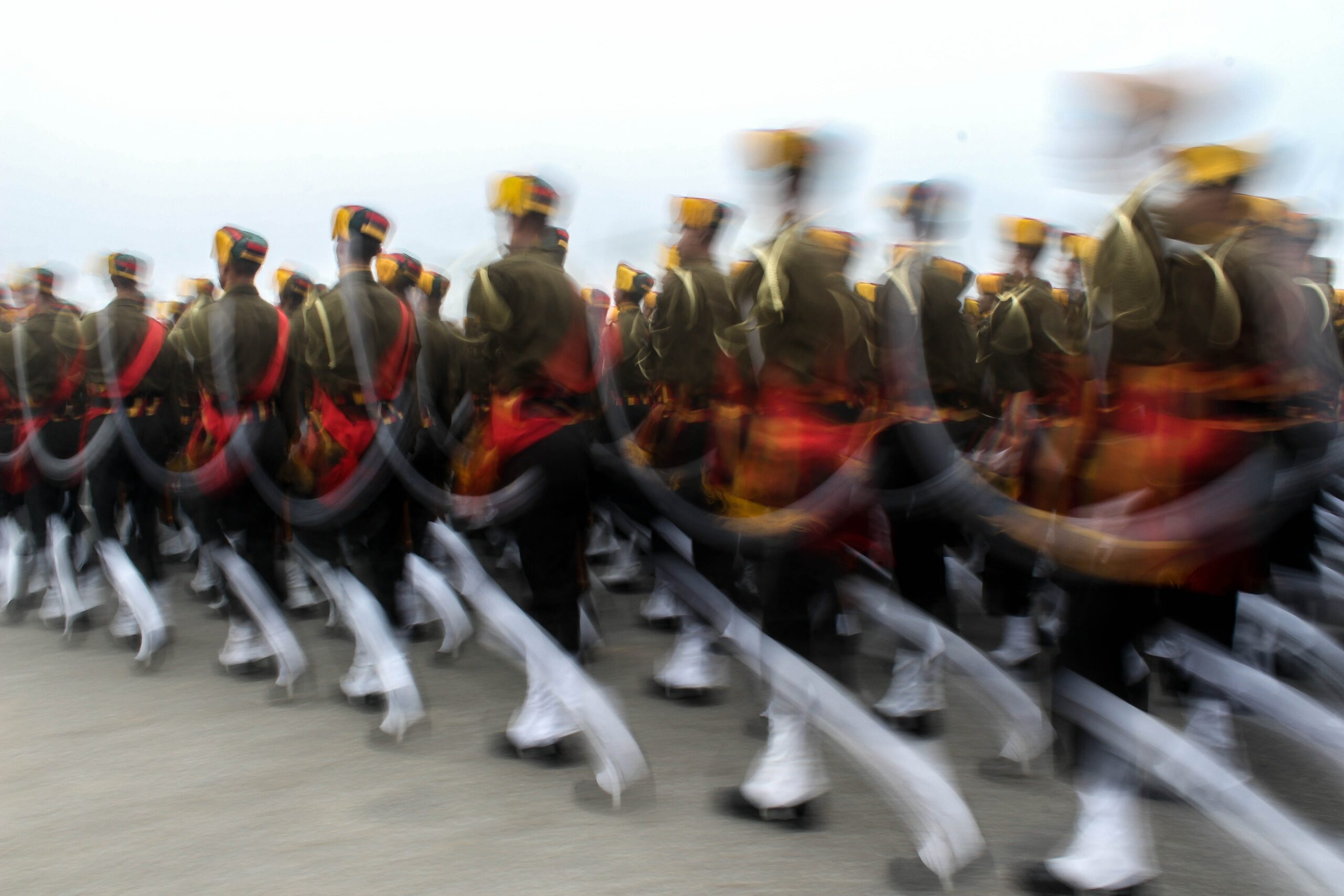 For starters, if you find yourself filming a sports game - you will most likely need to increase your shutter speed past double. This is because the speed of a ball or player makes your image so blurry that you won’t make them out. Take tennis, for example. If you were to follow the double your frame rate rule - a tennis ball during a game would be so blurry you wouldn’t be able to see it. Why? Because the ball is moving so fast and is so small - that you wouldn’t be able to see it.

Also, if you find yourself at, let's say, a wedding and want to capture not only video but still images as well… if you shoot at a higher shutter speed, you will most likely be able to pull stills out of the video, which can pass as a photo. I have done this quite a few times with travel videos that I have made.

Just know that when you increase your shutter speed, your image will get darker. You may also notice a bit of jittery movement. You shouldn’t get to the point that it decreases the image's brightness enough to need to boost ISO - but know that it is there if you need to use it (but use it sparingly).

Seeing as slower shutter speeds than your framerate introduce more motion blur than is needed… this can be used to your advantage in certain situations.  A few examples of slow shutter speed for 'style' would be:

If you want that “dreamlike” state, you would shoot at a slower shutter speed to give you that extra motion blur that is associated with dreaming. Another example would be, much like in Saving Private Ryan - when their team was getting bombarded by mortar rounds and the team was suffering from concussion-like effects (being dizzy) - that is the perfect time to use slower shutter speeds.

Just be aware - as mentioned prior, lowering your shutter speed will increase the brightness of your image. If you do not want to change your aperture - you will need to use an ND filter.  I have included a few top-notch ND filters below (be sure to double-check your thread size before making a purchase) - and our Variable ND article is packed with great info.

So now you know how to use shutter speed in video and have a few ideas for interesting uses.

We hope this article has been of some help! If you want more information on other photography topics like this one, we’ve got it at our blog - subscribe below for articles similar to this delivered straight to your email inbox. And if you need any assistance with anything, feel free to reach out! We'd love to help.

Until next time, be safe and continue creating!

What shutter speed should I use for 24 FPS?

How does shutter speed work for video?

It works much like it does in photography - because the film is no more than a series of photos put together at whatever frame rate you choose.

What shutter speed do movies use?

It really depends on the movie in specific - but, generally speaking, most American films are shot at 24 fps with a shutter speed double that - or 1/48.

What shutter speed should I use for 60fps?